Because of the lack of writing traditions among Florida Native Americans before the arrival of Europeans, we have no first-hand accounts from these peoples about their experiences during the early stages of Franciscan missionization. In fact, one of the goals of the Comparative Mission Archaeological Project is to show how archaeological data can fill in the gaps in our knowledge about Native American lifeways during the time when Florida was a Spanish colony. We do have secondary sources of documentation, however, represented by descriptions and interviews made by friars, soldiers, administrators, and other people traveling through the territory. This gallery summarizes some of those accounts. Many of these stories are drawn from the First Colony museum exhibit in St. Augustine, Florida, and they represent individuals of many backgrounds—European, Native American, and African alike—who lived together in missions and other communities in the Florida colony.

Manuel Riso was a Timucua Indian born in 1662. He was listed as living alone in one of the 11 households at Mission Nombre de Dios in St. Augustine in 1759. At the age of 94, he was one of two Timucua speakers who emigrated to Cuba with the Spanish exodus of 1763. Probably no other person in Florida had seen as much change, destruction, and growth as Manuel had when he left for Cuba. 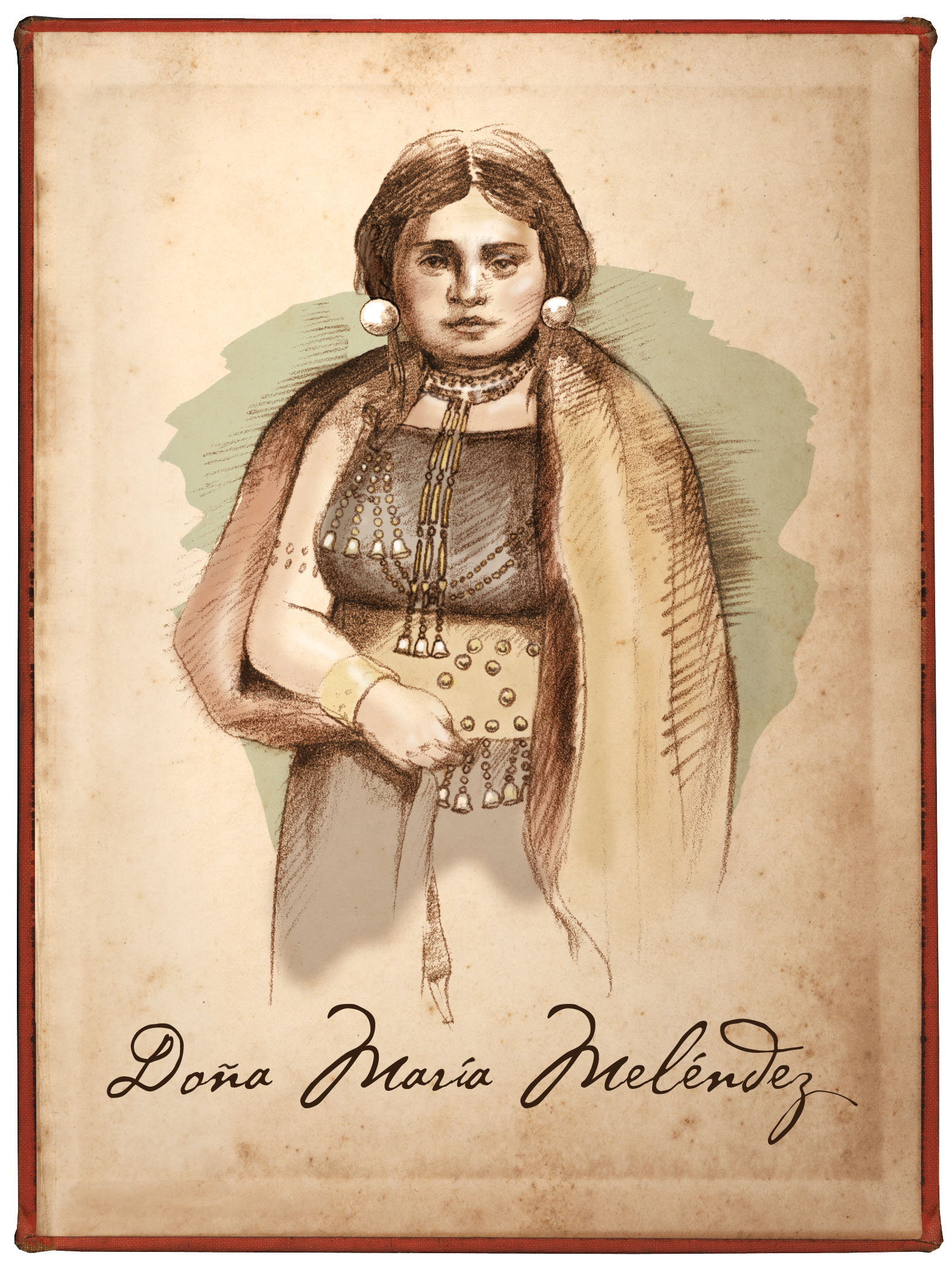 Dona Maria was the ruler of the town of Nombre de Dios during the 1580’s and 1590’s (the Timucua often had women rulers). She was a Christian, and her mother (who had been the ruling Chief before her) was one of the very early Timucua converts to Christianity. Dona Maria married a Spanish soldier named Clemente de Vernal, and he lived with her at Nombre de Dios. Dona Maria saved the residents of St. Augustine from starvation in 1587 by supplying them with a large quantity of corn, when the town was flooded with hundreds of refugees- not only from the abandonment of Santa Elena, but also the survivors of five Spanish shipwrecks that occurred off Florida in that year. Like all Timucua chiefs, she was part of a hereditary elite class respected by the Spaniards as nobles. Her son became the chief of another Timucua Indian mission town, San Juan del Puerto, in the 17th century. 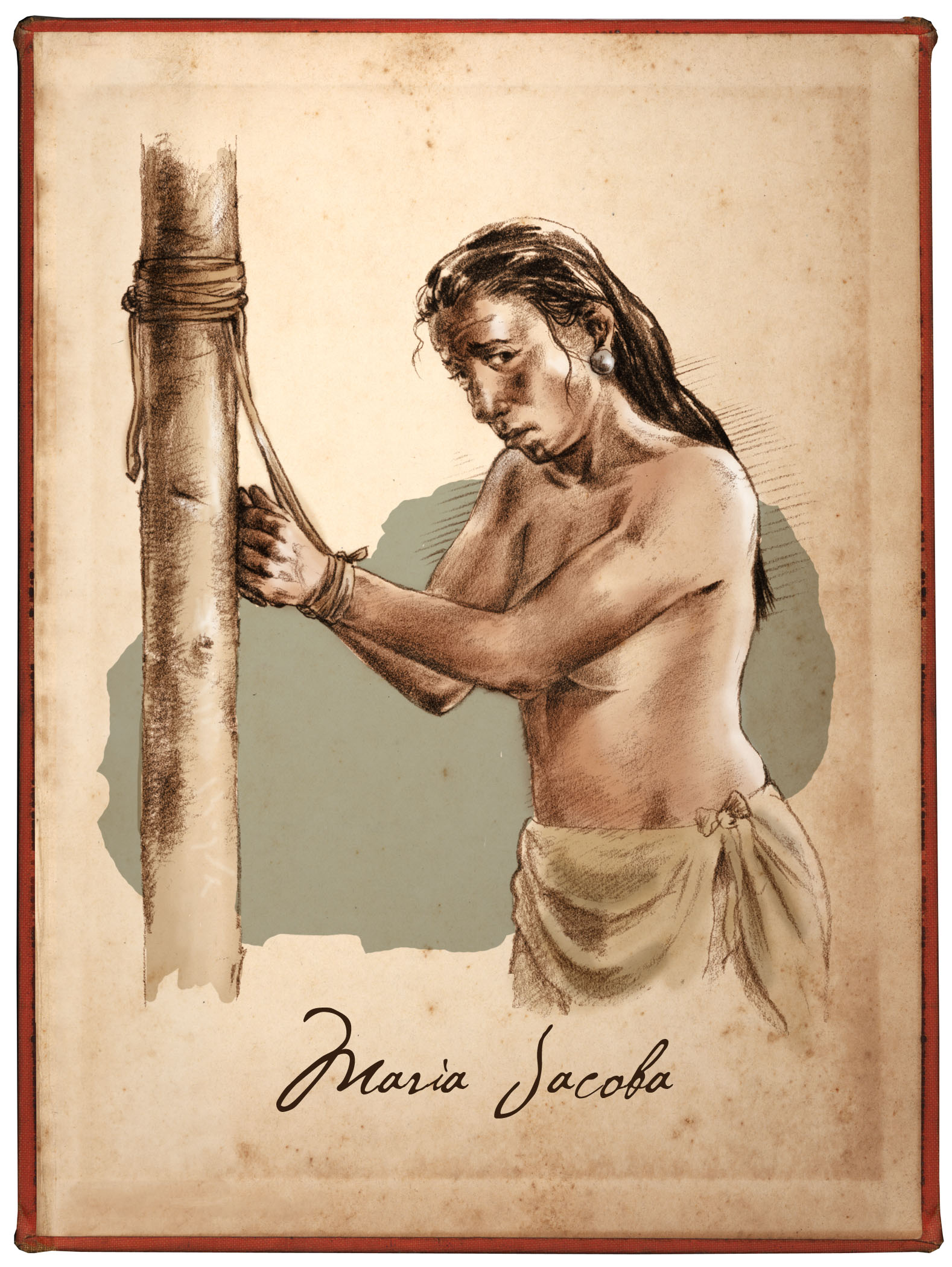 Maria was a Potano Timucua born around 1648 in the mission village of San Francisco de Potano. Shortly after her marriage at age 14 or 15, she “went to the woods” with an escaped black slave and returned to her village and husband for a few days once a year to say confession. She lived this way for 14 or 15 years. Considered a cimarron – an illegal runaway – she was captured by rancher Captain Tomas de Menendez when she was in her late 20’s, and he sent her to St. Augustine for enforced servitude in his house. She ran away in turn from St. Augustine, but was recaptured with a company of runaway Indians. In 1678 she was tried in St. Augustine for her crimes of cimarronage and association with “criminals,” and sentenced to 100 lashes. It is not known whether she survived them. 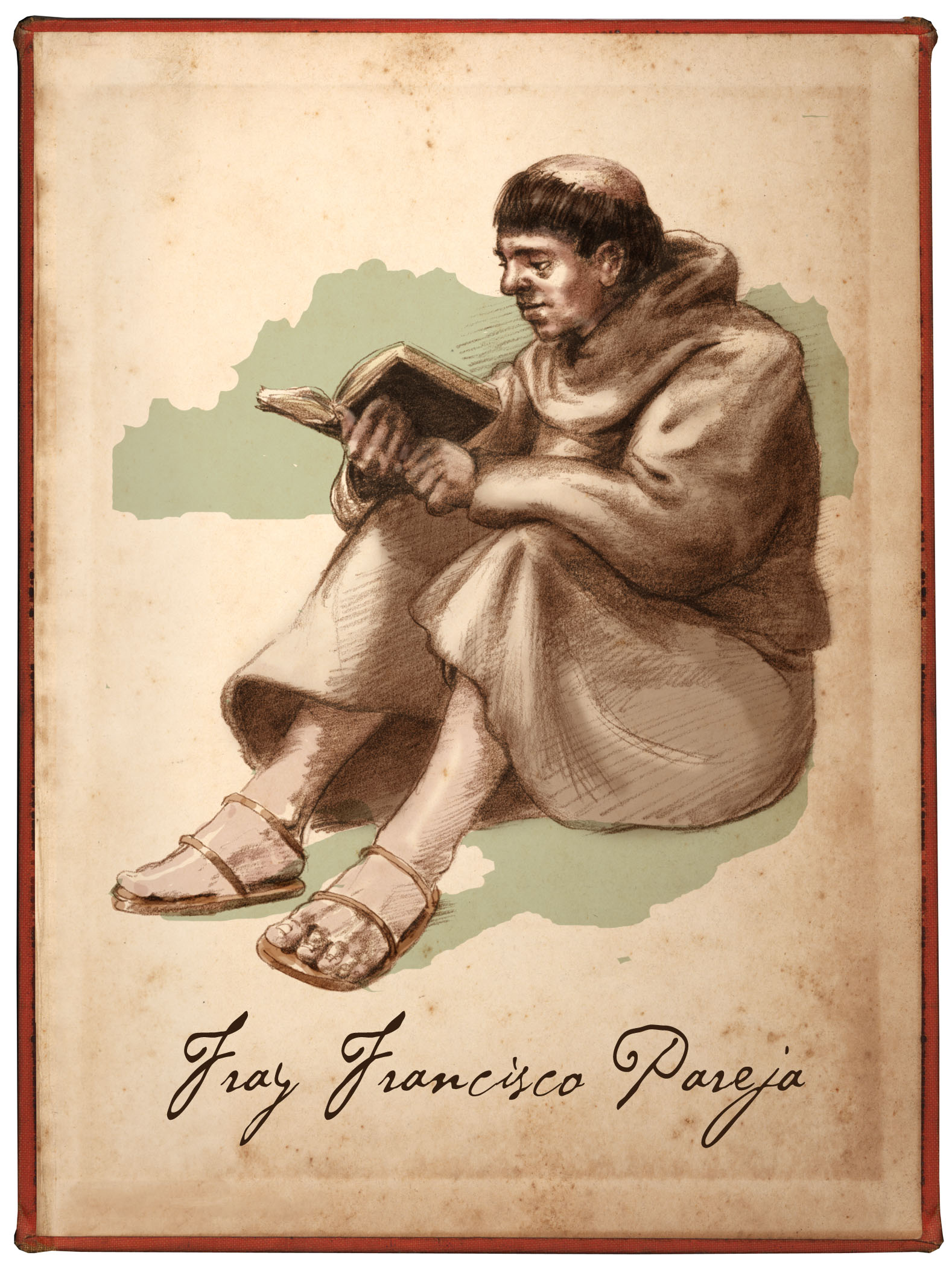 Father Pareja arrived in Florida in 1595 where he was assigned to minister to the Indians at San Juan del Puerto, a Timucua mission near present-day Jacksonville. During his more than 30 years in service to the Franciscans in Florida, Pareja ministered to the spiritual needs of his Christian charges and he also wrote several books in the Timucuan language. These included a dictionary and grammar, catechisms, and devotional scripts that were read widely by the Timucuan converts. For other missionaries, he wrote the Confesionario, a remarkable document that provides questions in Spanish and Timucuan , designed to elicit admission of forgotten (or perhaps unrecognized) sins by the Indians during confession. Pareja also served as a leader and spokesperson for the Franciscan contingent throughout his tenure, and spent long periods at the Convento de San Francisco in St. Augustine. 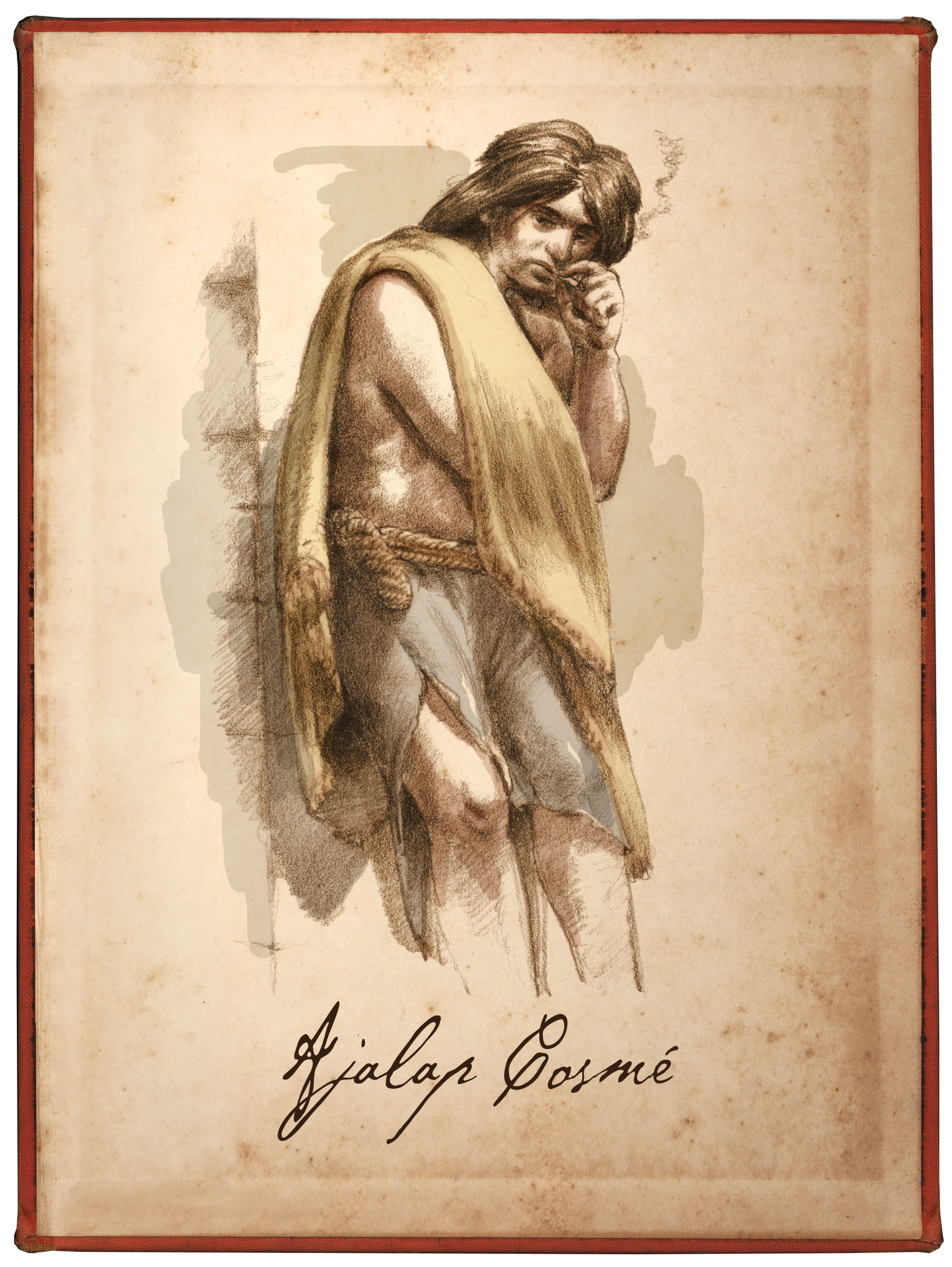 Many Native Americans traveled from their missions to work in the St. Augustine locality on a seasonal basis. This labor was often mandated by the Spanish Crown. Some of these individuals had unusual experiences. Ajalap Cosme and Andres de Escovedo were born in the Apalachee mission town of San Luis de Talimali in the 1670s, where the modern state capital of Tallahasee is now located. In their early 20s they were placed “under contract” to a Spanish soldier to work his farm land. De Escovedo was recorded as saying he “has no other trade than to render service in what he is ordered to.” He and Cosme were caught in St. Augustine counterfeiting Spanish 1/2 real coins and were sentenced to forced labor on the city’s public works.